Hi It's Aedan.
We will have a special koji workshop at Healdsburg SHED on 8/27.
https://healdsburgshed.com/even…/koji-workshop-mariko-grady/
Let's learn and taste koji fermented products !

1. For centuries, Japanese cuisine has been dependent on a specific mold to produce miso, shoyu (soy sauce), and sake. This mold has a very formal name; Aspergillus oryzae, but to us, it’s simply called koji. Western chefs have finally discovered what Eastern chefs have known for hundreds of years, that koji makes everything it touches taste delicious.

2. The tasting samples will cover Shio (salt) Koji marinaded foods, a thick and creamy non-alcoholic sweet koji called Amazake, and Sagohachi Koji Pickles that taste incredible. We will pass out recipes and more detailed explanations on all of this.

3. First we will taste four kinds of miso and learn how to taste the differences between them. We will then make small batches of miso to take home with you. The ingredients are soy beans, rice koji, and salt. In half a year you will be able to use it for your own cooking! 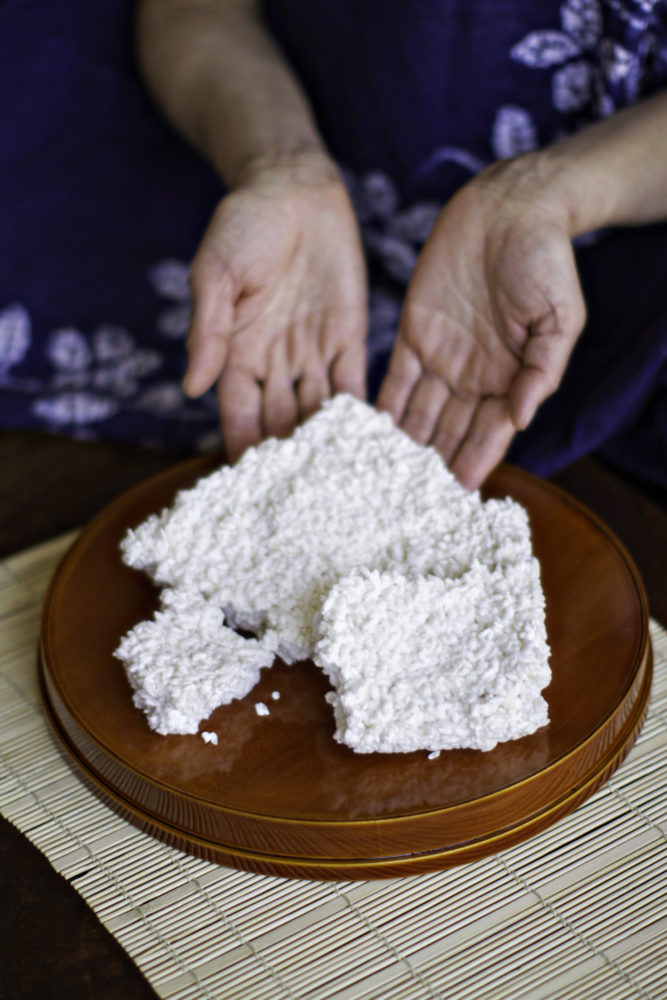 In this workshop, Mariko will speak about the close connection to nature in Japanese culture and how this influenced the development of fermented foods. She will also teach about the health benefits of koji and miso and how to integrate them into delicious recipes. Participants will make their own batch of miso and pickled vegetables to take home and will receive 10% off retail purchases at SHED the day of the event, perfect for stocking up on Japanese cookware and pantry items.The workshop includes a simple Japanese home cooked lunch of miso soup, shio koji chicken and miso rice balls.

Mariko makes Aedan’s small batch fermented products using the knowledge passed down from her grandfather’s miso making business and mother’s home miso recipes in Japan. Using this traditional knowledge, she has adjusted and perfected her recipes to match the unique flora and environment of the Bay Area. The name Aedan ‘叡伝’ comes from two Kanji characters: ‘叡’ meaning “wisdom” and ‘伝’ meaning “hand down from generation to generation.”

We are here at CUESA & The Ferry Plaza Farmers Market until 2pm. Come on to taste our fermented products!

All rain is gone, CUESA & The Ferry Plaza Farmers Market is shinny back!! Shinny face Kana Roman-Alcalá Okada is just back from JAPAN!! Plus nice shinny patina member! Megumi Konishi, Mihoko Sugino, Sachiyo Shelton are all waiting for your!!

Hi friends, we are waiting for you with a lot of fermented products at CUESA & The Ferry Plaza Farmers Market until 2pm!

Hi Aedan friends! Do you know Yohei Miyake? He is a musician who ran for office in Japan’s congressional elections in 2013 and 2016. He named his political campaign the Election Festival and sang his progressive platform whilst playing the ...

We provided our white miso to Tartine Bakery!

https://www.youtube.com/watch?v=U6A-e7q8XNs Let’s all enjoy cooking healthy meals at home! Boost your immune system by laughing at this 1 take video about our koji products. How did that mysterious stain appear on my apron? If you watch closely you can learn ...

https://www.youtube.com/watch?v=vjwpEA5kr3M& Sorry it is in Japanese. Sattee Fujimoto's Sakura Radio Show "Kira Kira Sattee, Guest: Mariko Grady" is up on You Tube Channel. If you want to listen to Aedan Fermented's owner Mariko Grady's talk, please check it out.

Tomorrow I will deliver our Miso to Queens SF for the first time! Let's share koji microorganism for our healthy community.

Hi, It was sold out! If you are interested in miso making, please check it. On 3/22 (Sun) Preserved , we will have another class. https://www.preservedgoods.com/events/making-miso-6

We will have a miso making class at Stonemill Matcha on 3/12. If you are interested in it, please email to following address. See you! Website: https://stonemillmatcha.com/

2/11/2020, Staying in with your cat and getting groceries delivered.

You know what’s better than going to the grocery store? Staying in with your cat and getting groceries delivered. Find us on Good Eggs and get $25 off your first order with promo code “aedan".

We will have a miso making class on 3/22 at Preserved. If you want to learn how to make miso, what koji is, how to use koji products at hoe, please reserve your seat! https://www.preservedgoods.com/events/making-miso-6

Yesterday we delivered our miso to Marina Meats! Yay!

This week only, new Good Eggs customers get a $5 bonus when they use our promo code “aedan" on their first order! Check out by Sunday 1/26 and get $25 off, plus a $5 credit for your next order. Stock ...

We will have a miso making class at Preserved on 2/16. https://www.preservedgoods.com/events/making-miso-5 But it is sold out! Please ask the next class.