When I started my company, my biggest mission was to share the wisdom of Koji's fermentation. 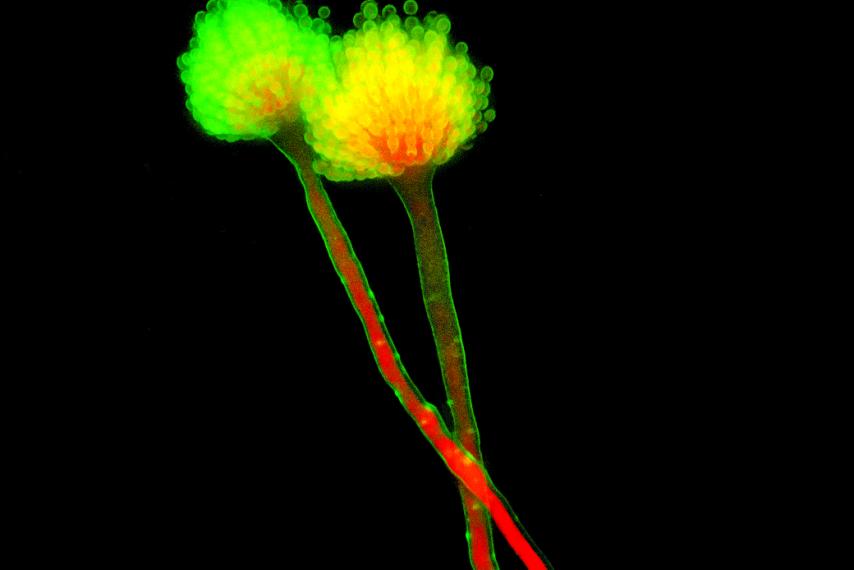 Every few days, David Zilber, the fermentation sous chef at Noma in Copenhagen, walks into one of the shipping containers that serves as his lab and peers into a tray of moldering barley. It looks, with its coating of fuzz, like something you might find growing at the back of your refrigerator. “It’s koji,” he explains with pride. “And it’s a game changer.”

Used for millennia in Japan and China to ferment foods and drinks, koji is a fungus—proper name Aspergillus oryzae —commonly grown on cooked grains. If you’ve ever eaten soy sauce, or sipped a bowl of miso, you’ve tasted the effects of koji: It gives those foods their punch of umami flavor, and also acts as the fermenting agent in alcoholic drinks such as sake and shaojiu . Now it’s working its way onto Western menus, in ways no sake master could have imagined.

“At Noma, we use koji for flavor,” says Zilber. “But the great thing about it is that’s it’s both an ingredient and an instrument. It’s delicious, but you can also use it as a tool—the enzymes [the fungus produces] break down proteins, so for example you can use it to tenderize meat.”

Western chefs are learning not only to use koji in new ways but to grow it on substrates that would be unthinkable to a Japanese chef. “For 1,300 years, we were not allowed to eat animal protein because of Buddhism, so we used koji to obtain a substitute protein from soybeans, wheat and rye,” says Shinobu Namae, chef of L'Effervescence in Tokyo. “It blew me away when I learned that Noma was growing koji on meat.”

They’re not the only ones experimenting. At McCrady’s in Charleston, South Carolina, Sean Brock grows koji on dried string beans to use in a miso paste. At Emmer & Rye in Austin, Texas, Kevin Fink tops his cheesecake with crumbs made from a koji cookie. In San Sebastian, northern Spain, Andoni Aduriz of Mugaritz serves a dish called rice cake made from koji and the grains it grows on. “One of our signatures is to work with textures,” Aduriz says. “And the koji makes the rice cake”—which is dense but yielding—“into something like french toast.”

Koji may only now be making its way onto Western menus, but now that chefs have discovered its transformative properties, it’s likely to stay. “The world of fermentation is so infinite,” says Zilber. “There’s way more possibilities with it than with, say, sautéing vegetables.”

We will have a koji cooking class on July 8. The event information page on the JCCCNC website is at: http://www.jcccnc.org/event/aedan-koji-cooking-workshop/ The link to go directly to the online registration page is http://bit.ly/aedankoji

Yay! The radio story about Aedan Fermented Foods will air tomorrow on KALW 91.7fm at 5pm. Please check it! Also we will have a demo table at Rainbow Grocery Cooperative tomorrow’s morning and the day after tomorrow’s evening.

It’s last day of Sattee here at the farmers market. Come and cheers him up!! Plus, we have spring fermented bento and a lot of samples waiting for you!