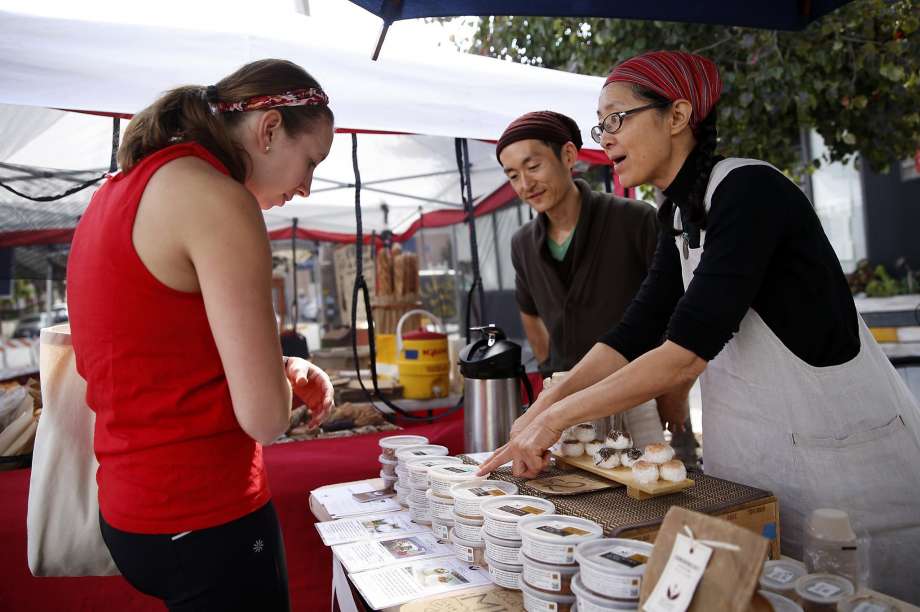 “It’s like taking care of a baby,” says Mariko Grady as she checks on her koji.

Grady is the owner of Aedan Fermented Foods, a fledgling food business in San Francisco, and koji is a key component to everything she makes. Koji is cooked rice (or barley or soybeans) that has been inoculated with koji-kin, the spores of the fungus aspergillus oryzae. Grady’s koji-kin, which she keeps in a plastic bag, looks like white powder. Over the next three days, she will carefully monitor the koji — stirring and regulating its temperature to make sure it doesn’t get overly warm and ferment too quickly. She relies on her sense of touch to know what it needs.

Starting Saturday, Sept. 3, Aedan will have its own booth at the Saturday Ferry Plaza Farmers Market where Grady will sell her four types of miso as well as other fermented products. When Grady began making miso at home, she did it as a way to stay healthy and maintain her food traditions in the United States. Now, it has become her avenue to teach Bay Area shoppers and home cooks about Japanese fermented foods. She has been a regular vendor at the Sunday Divisadero Farmers’ Market and had a previous temporary booth at the Ferry Plaza; a permanent presence at the city’s highest-profile market is a big step for this former professional singer and dancer.

Grady was working for a Tokyo theater troupe when a performance at Yerba Buena Center for the Arts in San Francisco led to a chance meeting with her now-husband. As they built a life together, she eventually wanted to be able to make miso for her new family, so she started researching recipes. “Fermented foods keep my body very healthy,” she says, “so I wanted to share healthy food.”

She also wanted to share a vital part of her culture. After the 2011 earthquake and tsunami devastated northeastern Japan, she began selling her miso to raise money for the victims. When the fundraiser ended, two unexpected things happened: People continued to request the miso, and she ran out of koji.

Koji is the traditional fermenting agent and essential ingredient in many Japanese staples, including sake and miso. It breaks down proteins and unleashes umami, that ambiguous, indefinably savory fifth taste. In Japan, fresh koji is readily available, but it’s not easily found in the U.S. so Grady decided to make it herself. Once she mastered the technique, she launched a formal business. She called it Aedan Fermented Foods, a name that roughly translates to “wisdom passed down from generation to generation.”

In 2012, she joined La Cocina’s incubator kitchen program, where she found low-cost commercial space and continued to develop her business. Simplicity rules her recipes. “We don’t need any technology,” she says. “Just sitting. Microorganisms create.”

After soaking the soybeans — or chickpeas, for those who can’t eat soy — overnight for her miso, she combines them with rice and/or barley koji. She then allows it to ferment at room temperature for months, depending on the type of miso. She says everything she makes is organic, although she can’t afford USDA organic certification.

She also sells shio koji marinade (made with rice koji, salt and water) and amazake. The latter is a mixture of koji rice and water that is fermented warm for 10 to 12 hours until the starches break down, turning it sweet. Grady recommends using it as an additive in smoothies or simply mixing it with hot water and ginger for a warm drink.

Grady views these fermented foods as an extension of Japanese minimalism. For example, when she first moved to the United States, she was shocked to see giant beds lying unoccupied all day in people’s homes. She was accustomed to futons that you would fold up during the day so that people could make use of the space. “I want to introduce more compact life here,” she says. Miso reflects that goal because it doesn’t require refrigeration, and you only need a little at a time. Grady refers to it as “emergency food.” She explains: “If something happens (like an) earthquake, every family has small container of miso. Just water and miso paste is very good nutrition. They don’t need a refrigerator.”

At the moment, Grady is focusing on her existing products as well as teaching miso-making classes around the Bay Area. By next year, she hopes to open a miso cafe where customers can order customizable miso soup and onigiri.

In addition to keeping things simple, Grady has one other rule in the kitchen: Be happy.

“I believe food catches our feelings,” she says. “So I always be happy or singing in my heart.” 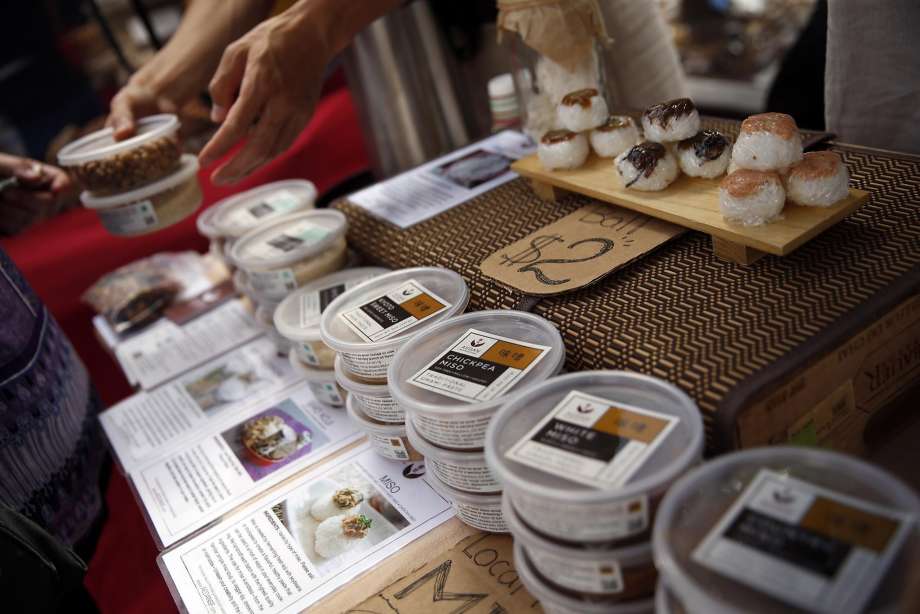 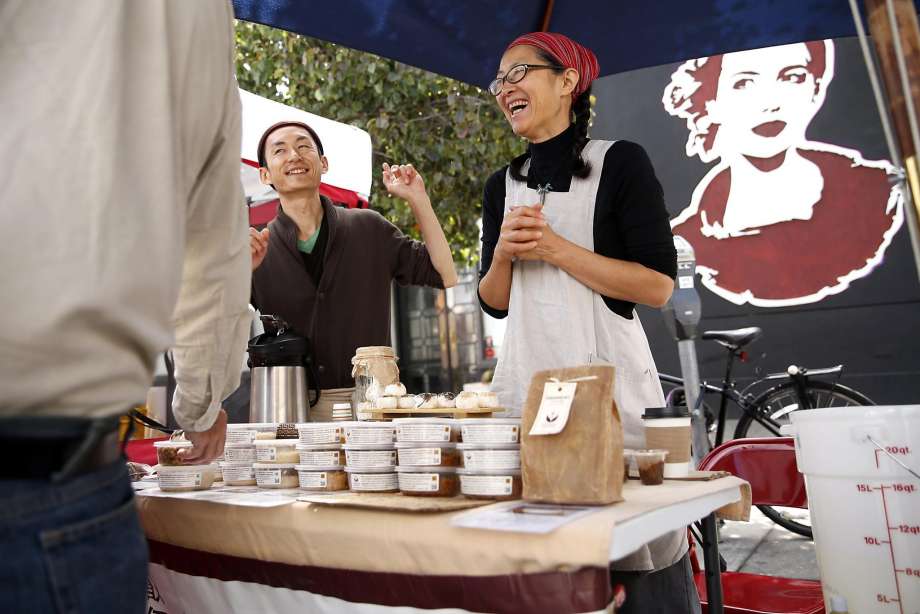 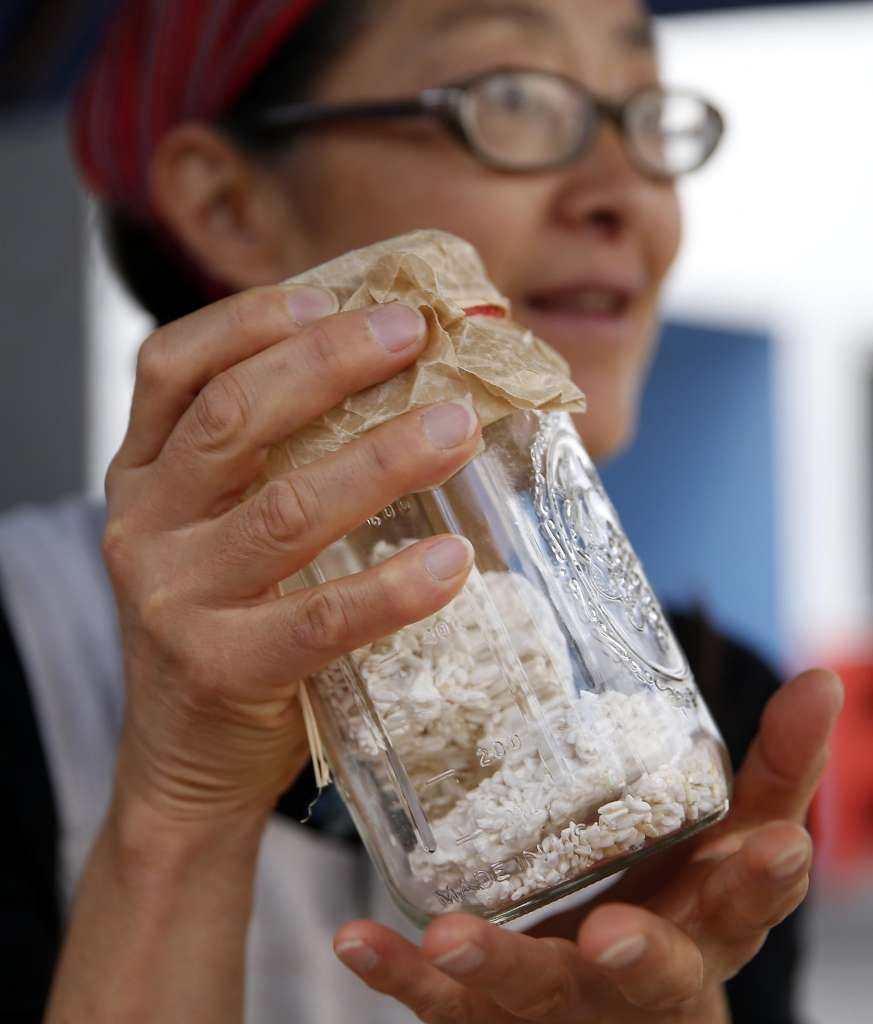 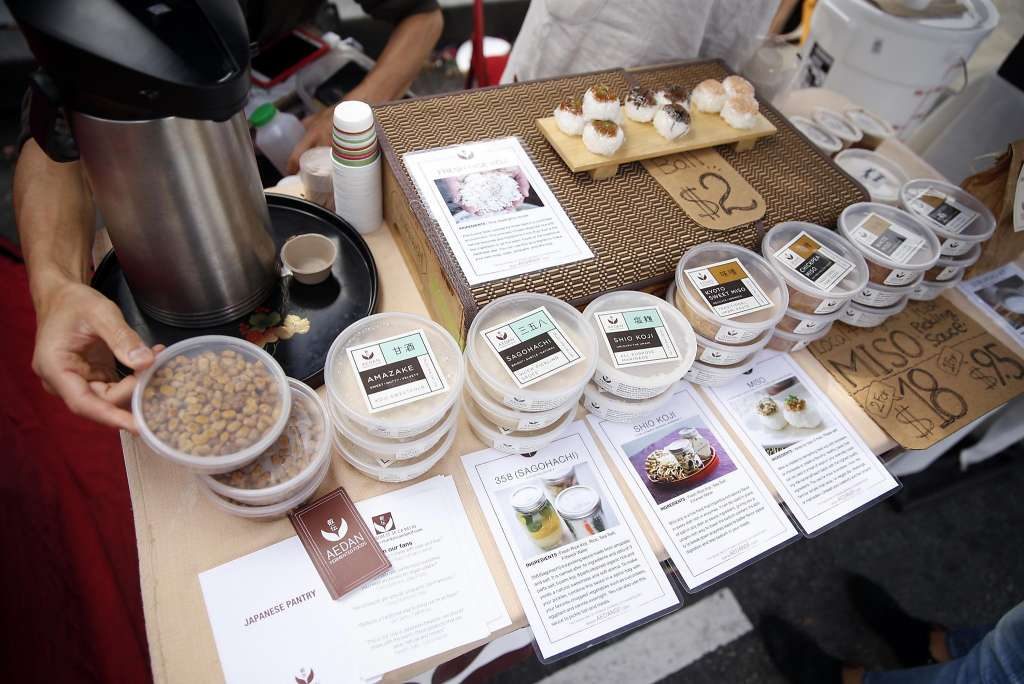 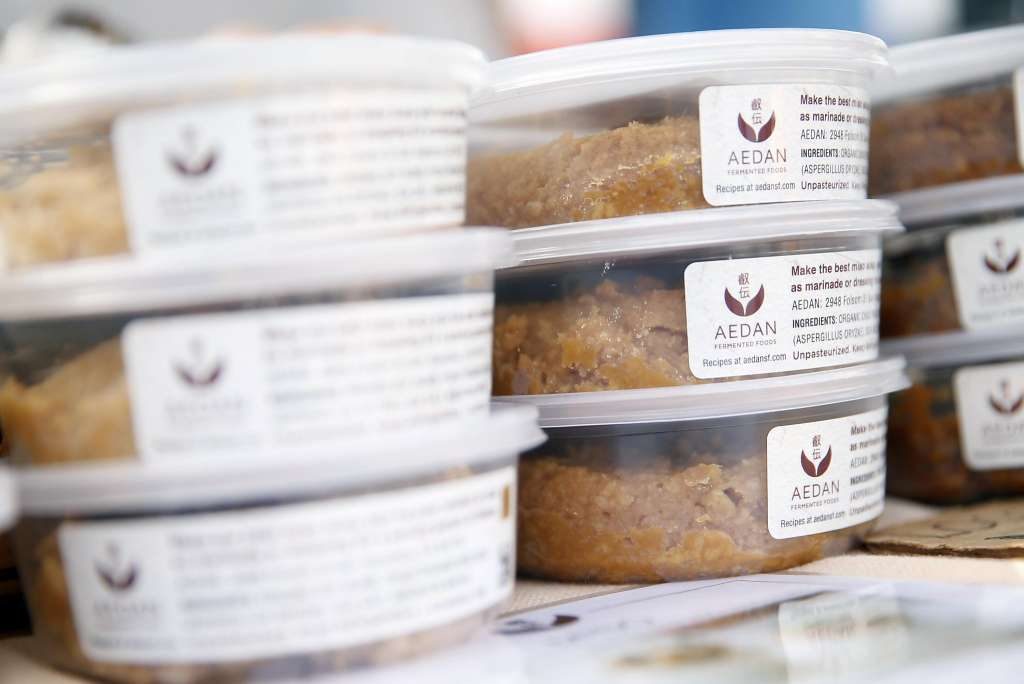 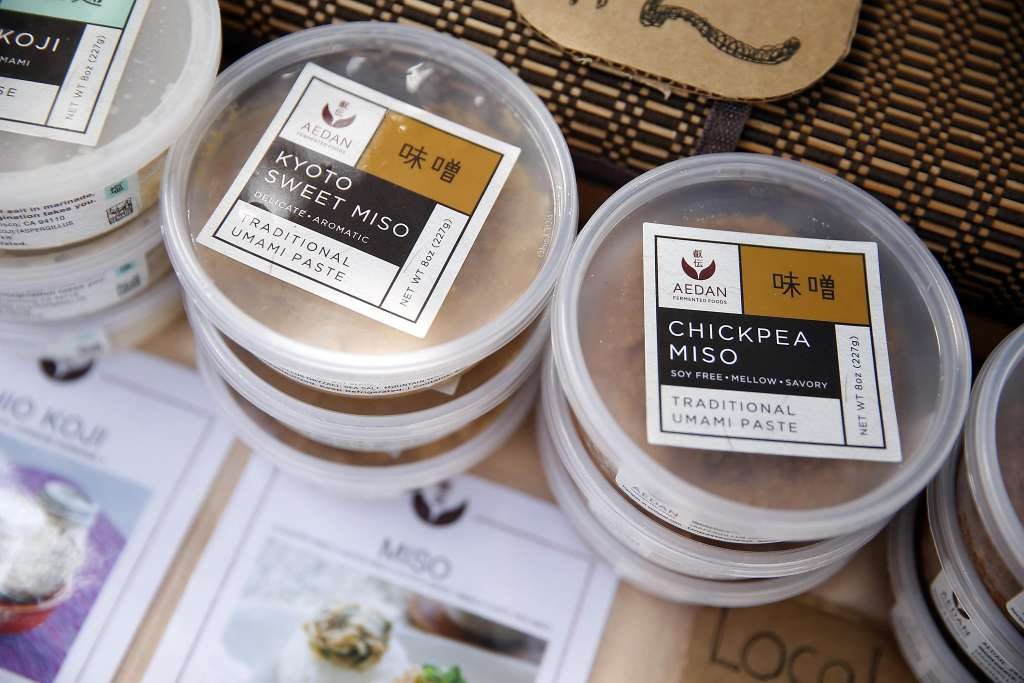 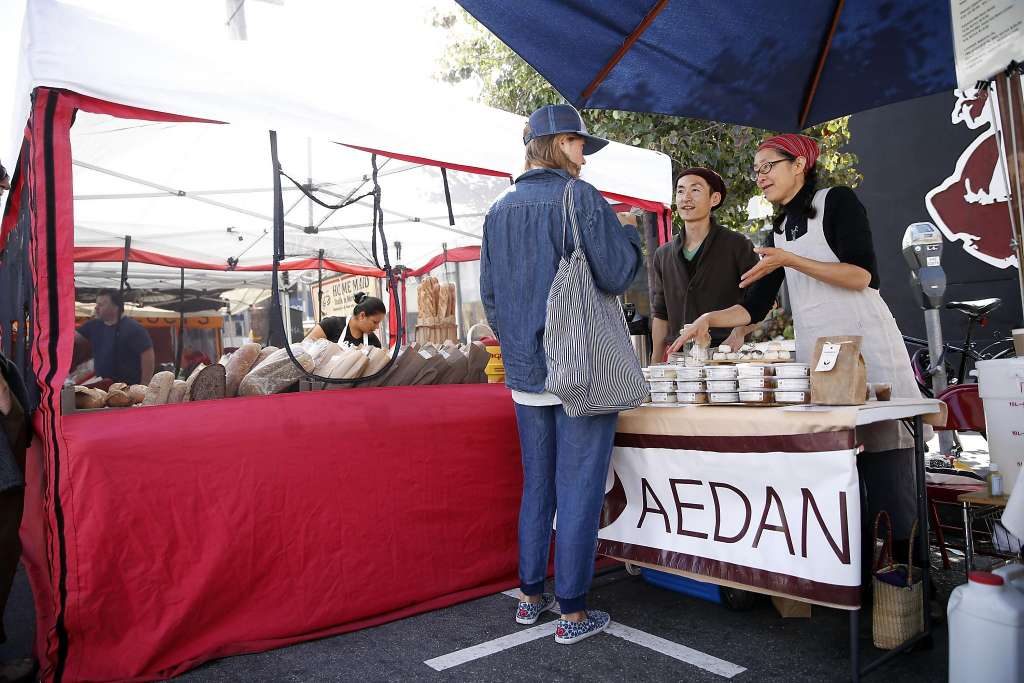 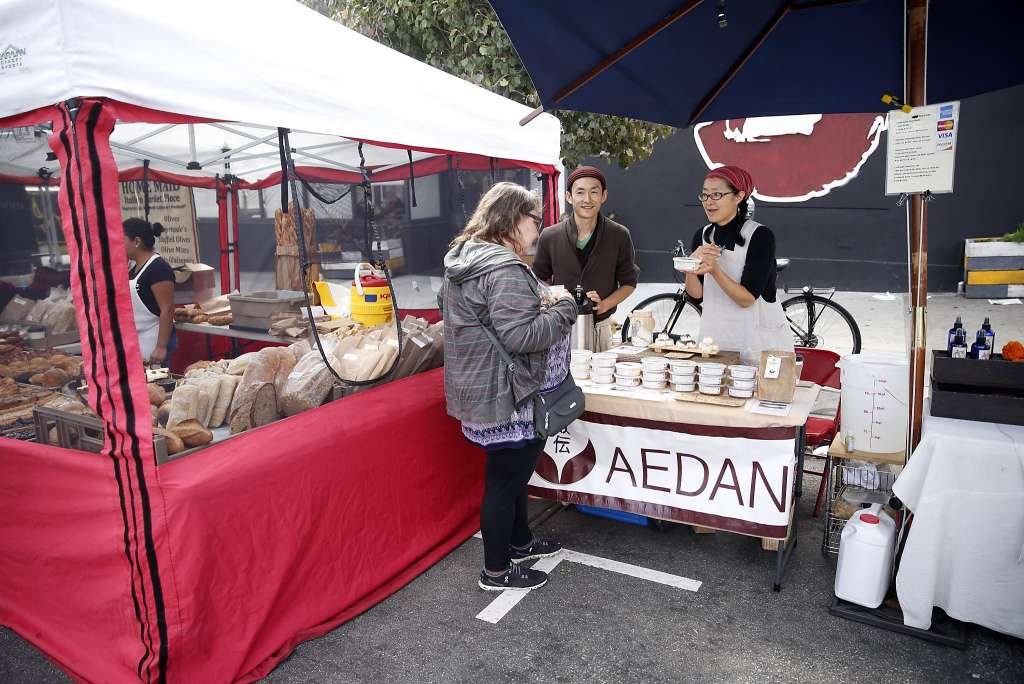 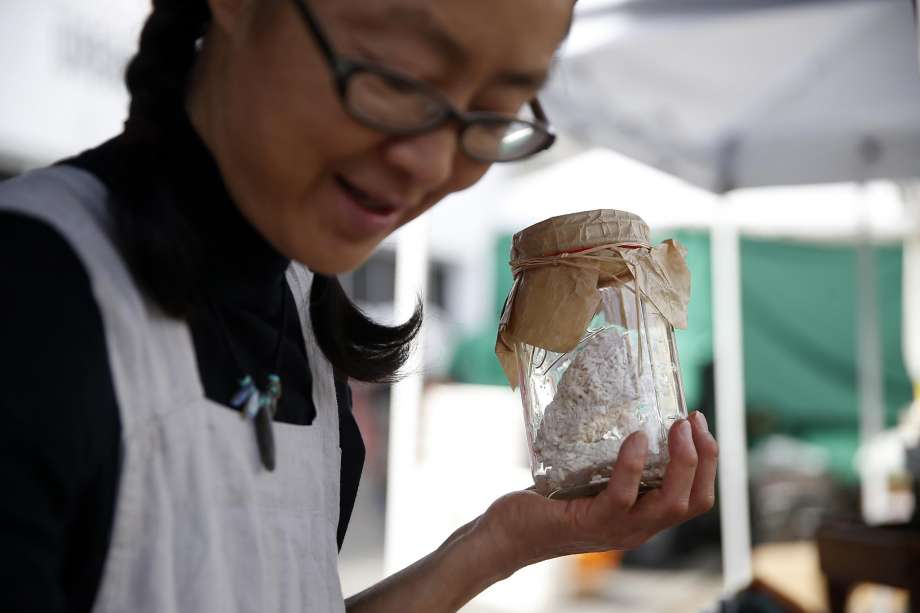 This Sunday We will have a Doburoku and Mirin making class. And let's eat together the fermented meals!

Miso class at our new kitchen

We had the first miso making class at our new space this afternoon. What a fun time it was! Thank you everyone. The next class is on 6/5 (sun). If you want to join it, please visit http://aedansf.com/store/

Hi Aedan Friends. We got a nice article about our Koji kitchen! https://www.sfchronicle.com/food/article/San-Francisco-is-getting-a-new-store-devoted-to-17076201.php

Hi Friends! We will have a miso making class at our new kitchen on May 1st (Sun) from 1pm-3pm at 613 York St. San Francisco. If you are interested in our class, please reserve your seat through our web-store. http://aedansf.com/store/5-1-Miso-Making-Class-p458297584

Our new space passed the health department inspection on 3/1. We will open our “Aedan Koji kitchen” at 613 York st SF in Spring. See you soon!

Featured on The Asahi Shimbun GLOBE+